Larry Minick is a trombone builder legend and if you already played one of his horns, you know why. I have been lucky enough to play 4 Minick tenor trombones so far and all of them have been exceptional horns. And this one is no exception.

It has an original Minick red brass bell (actually it may also be a Conn bell with some Minick Voodoo on it…), open wrap valve section with a Conn valve (at least it looks like one). The slide has certainly been made out of Conn parts and has a fixed Minick custom leadpipe. Slide and valve action are great, no wear on inner slides.

This horn has been played a lot and it looks like it. The lacquer is almost 100% off and there are two small patches on the bell flare. My tech also had to redo one of the slide bracings and the slide bow guard.

This baby is not only a piece of trombone history, but also a spectacular playing horn. It is astounding how easy it speaks and how well it resonates, truly an easy playing trombone. 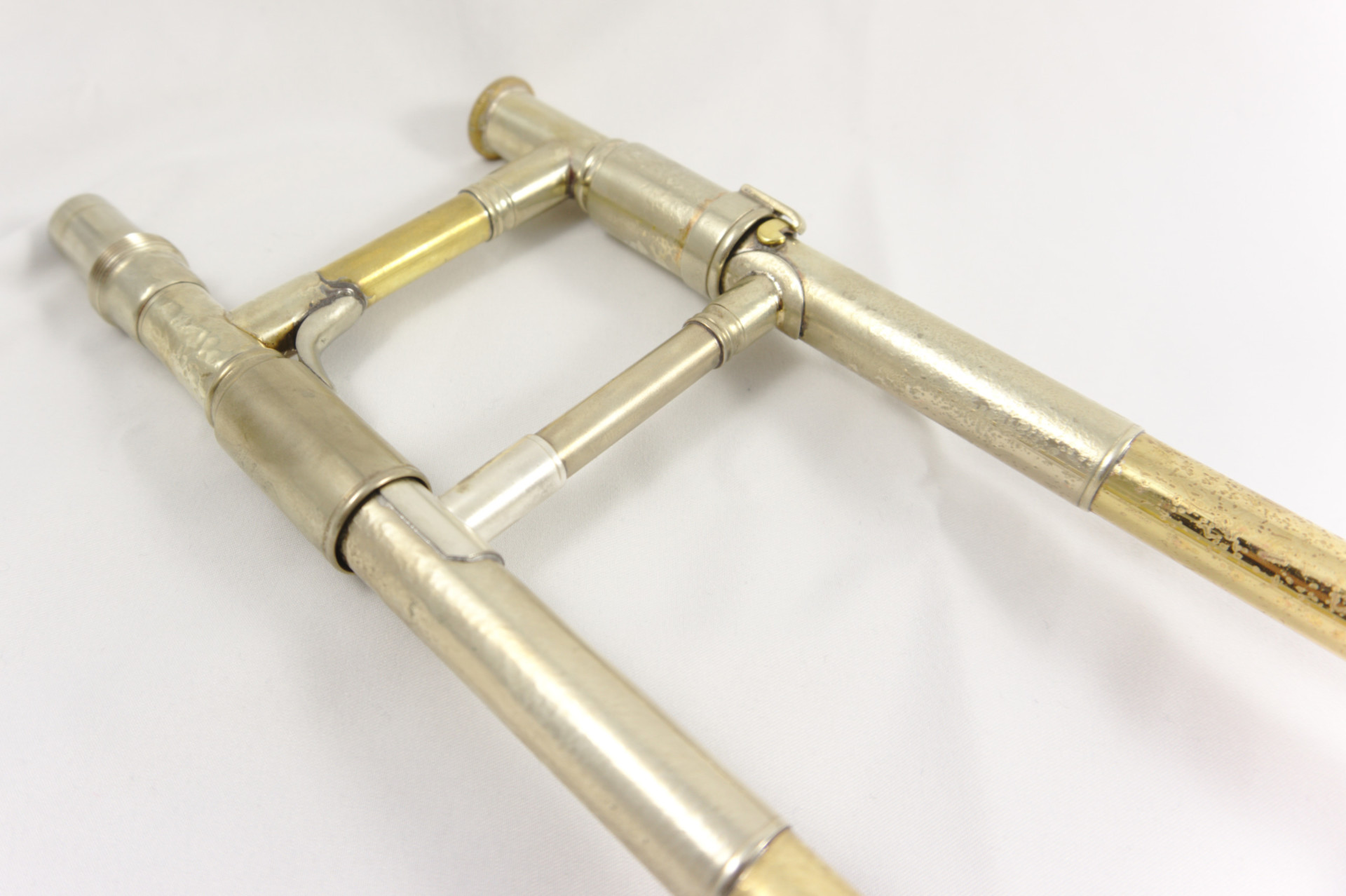 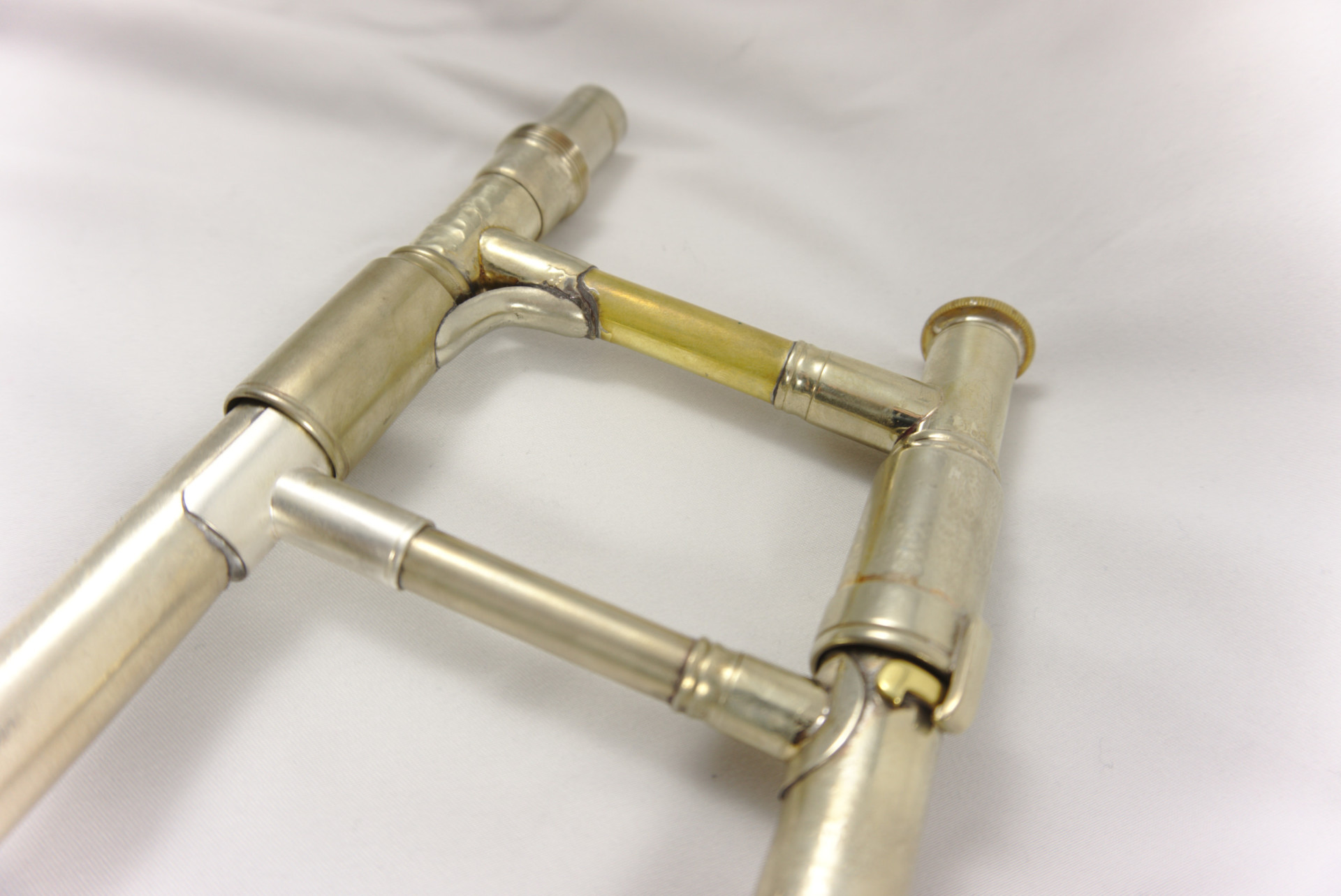 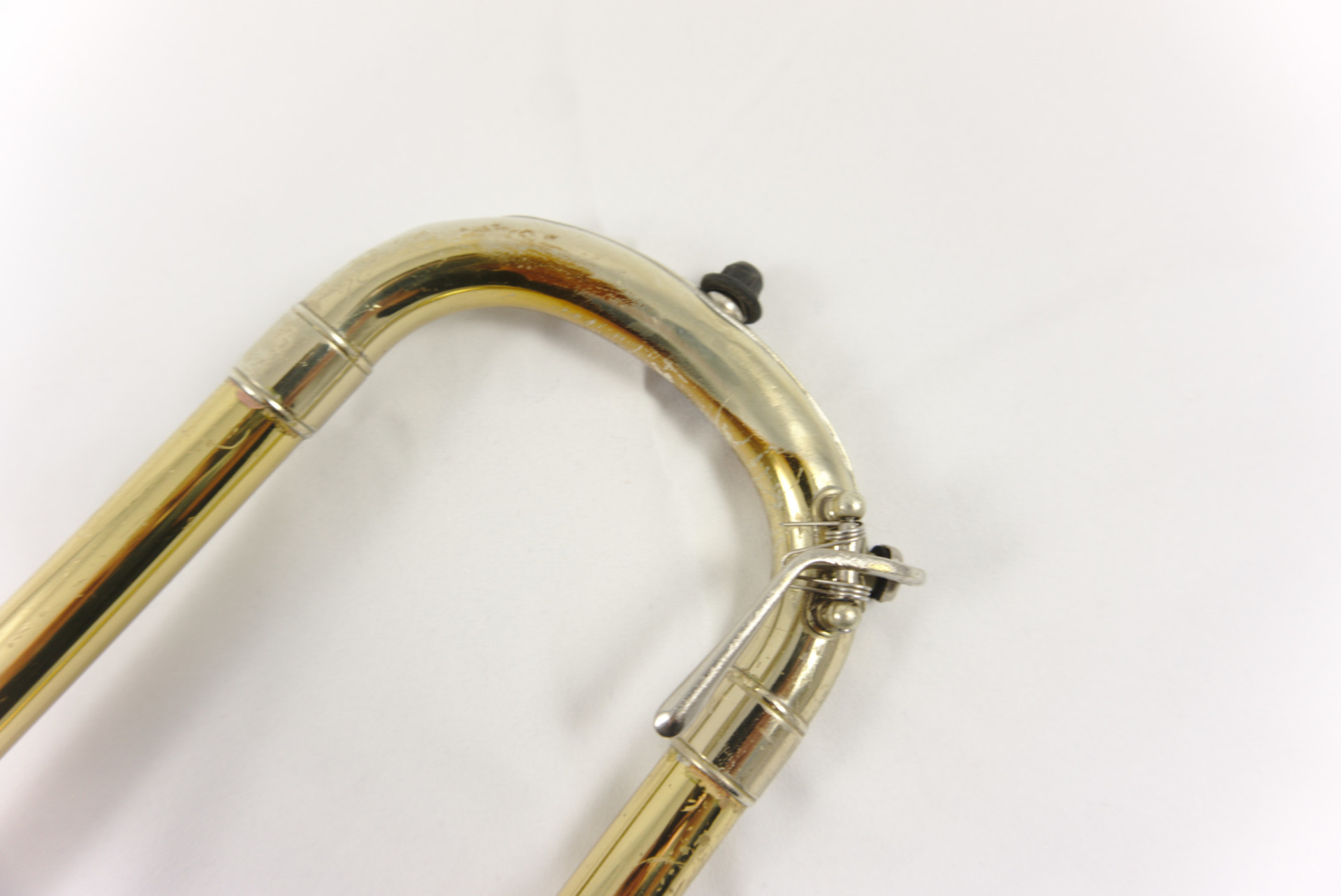 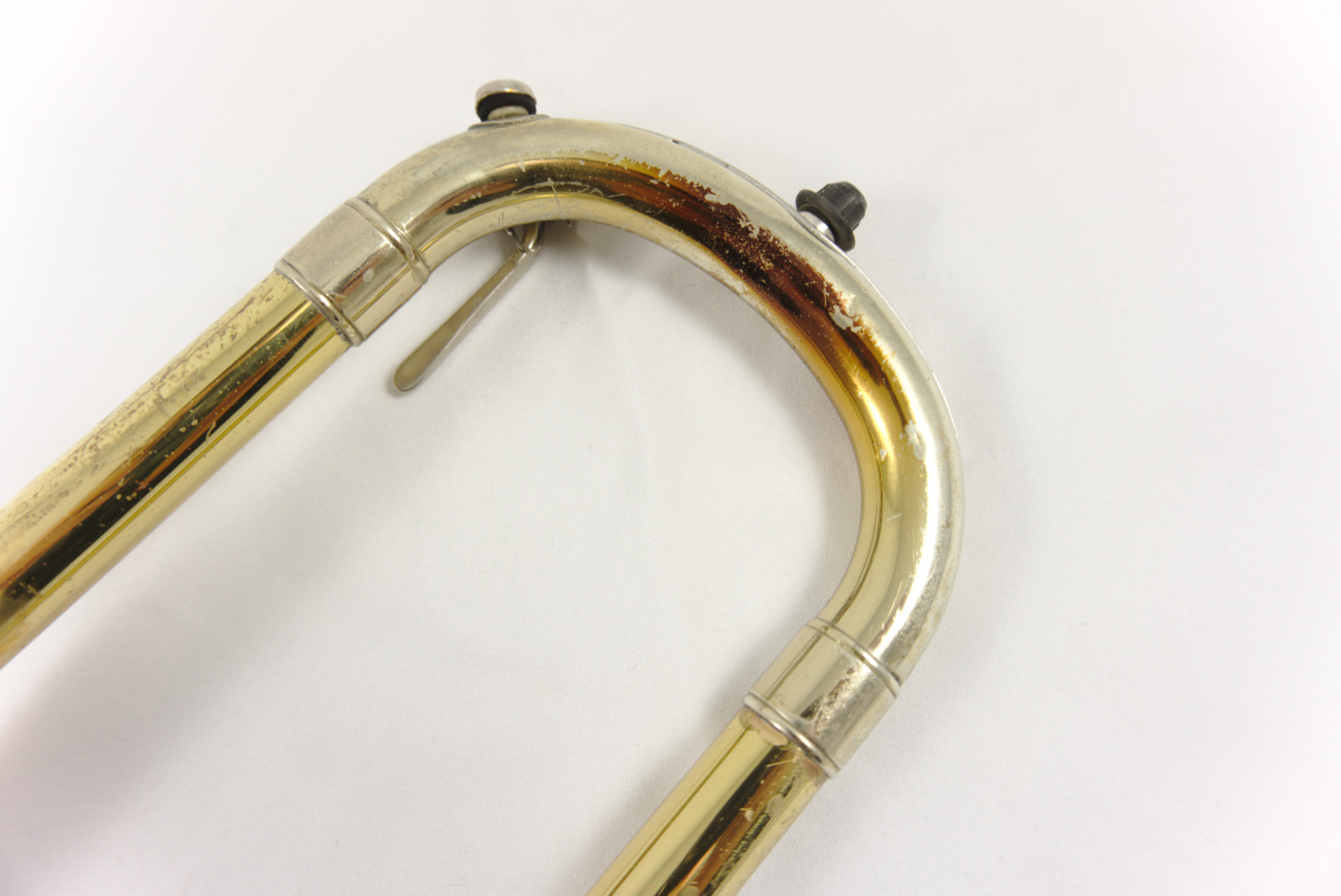 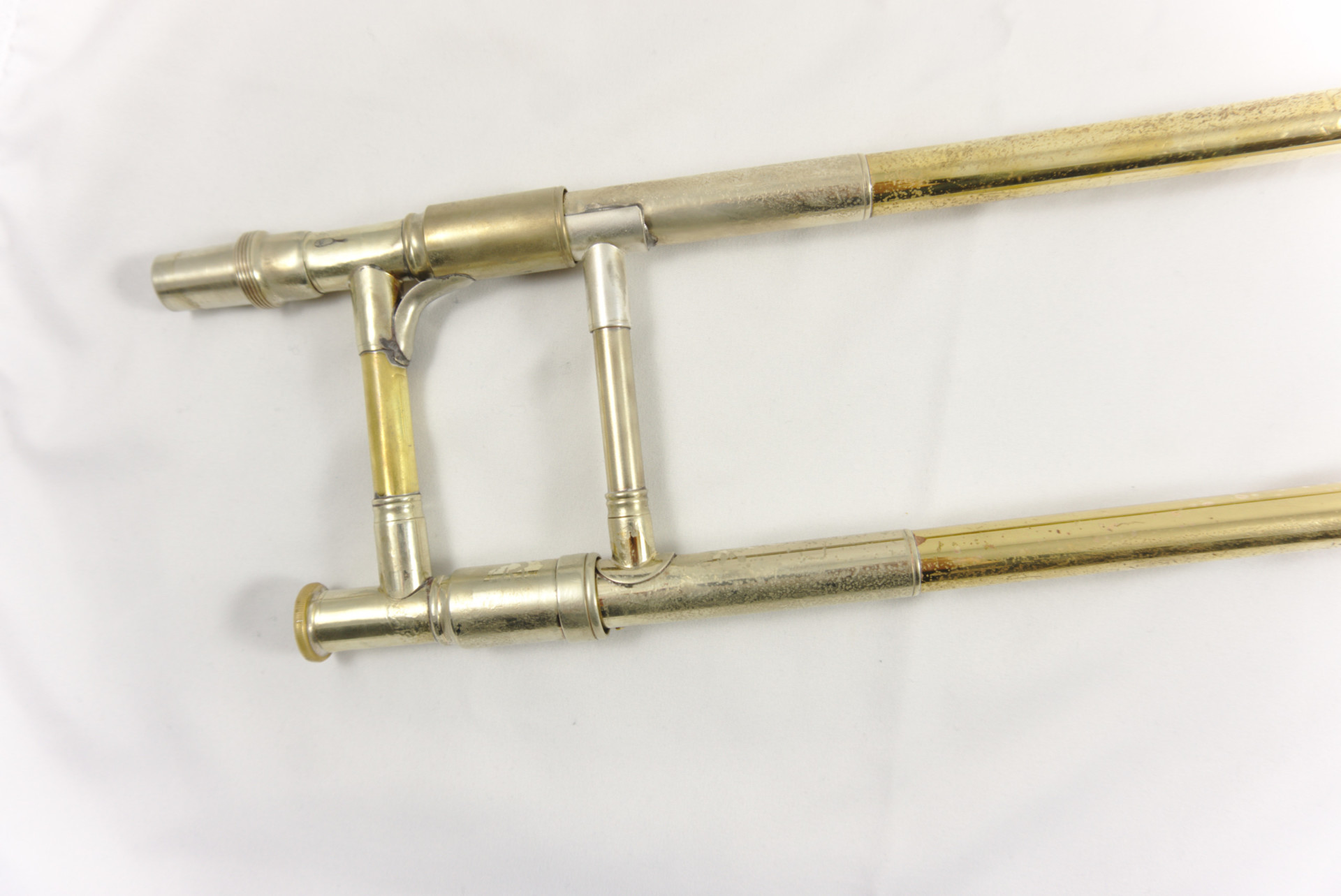 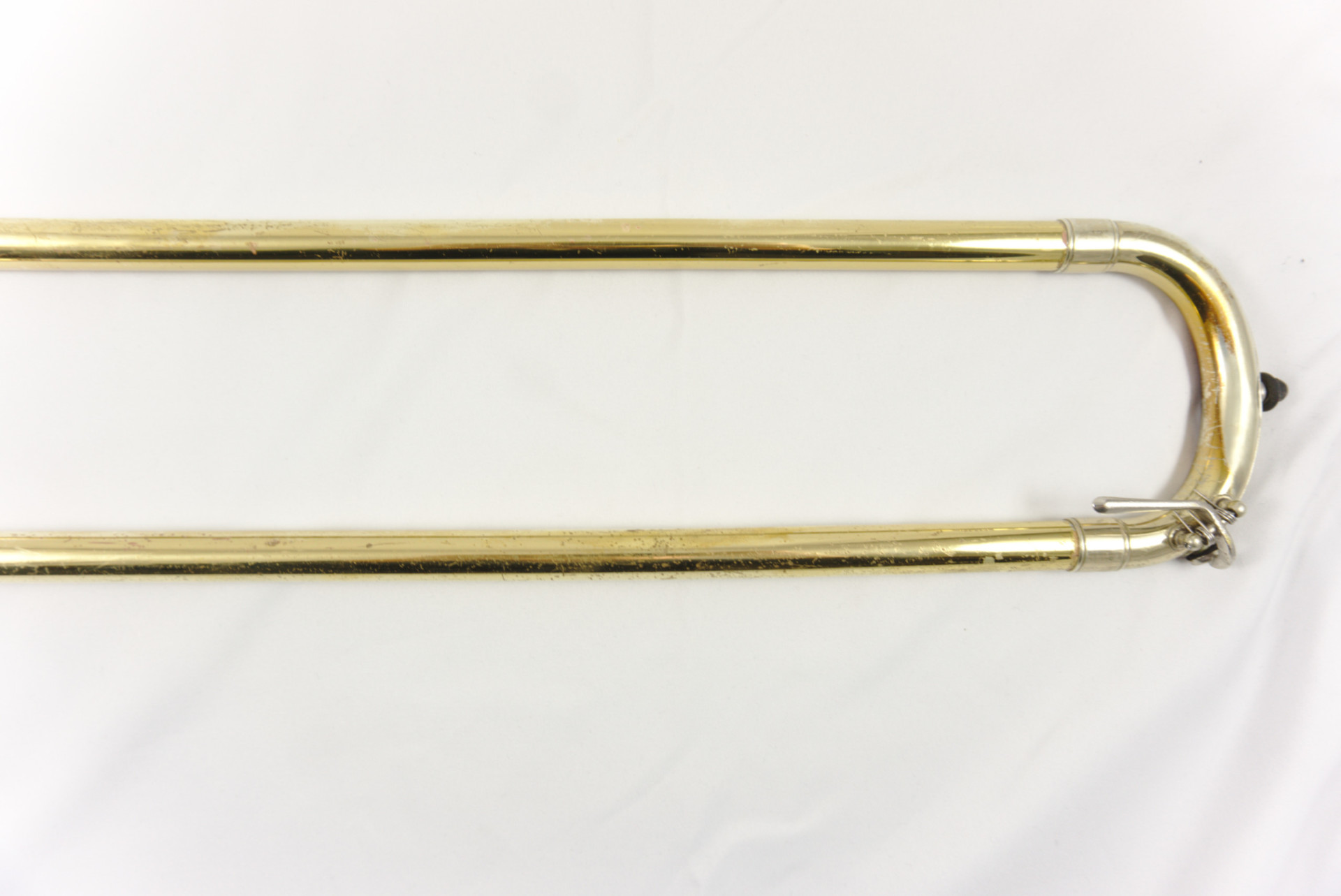 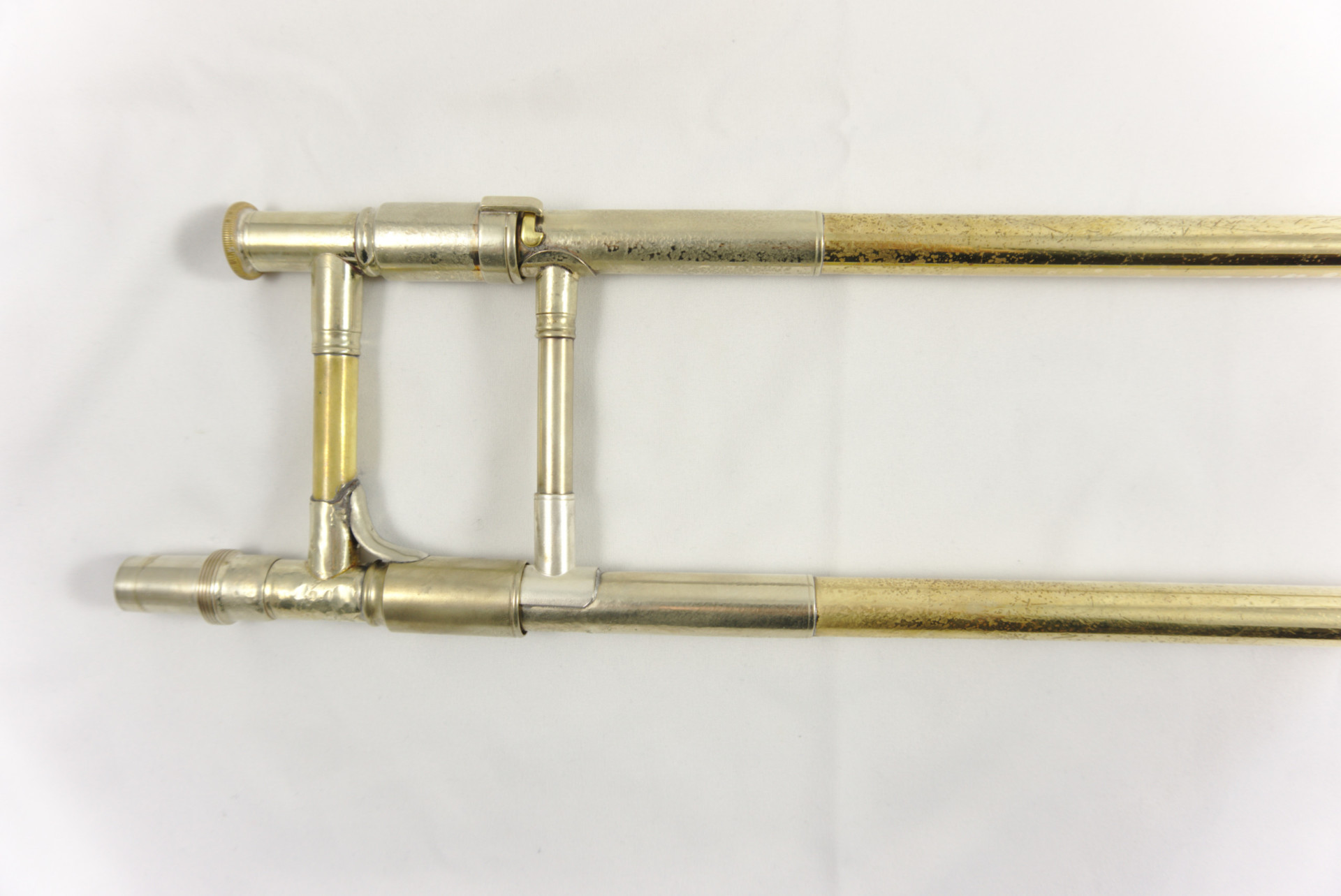 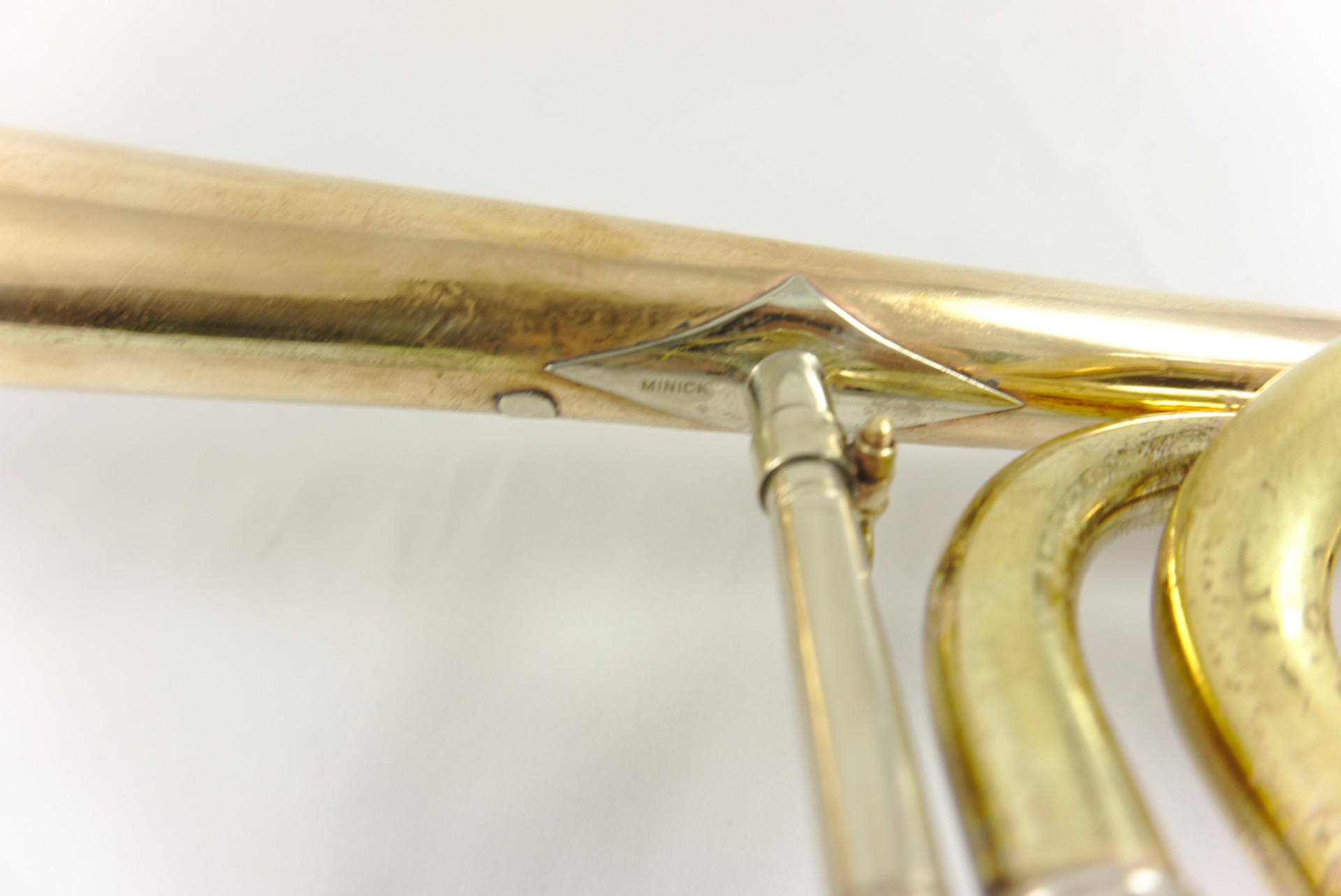 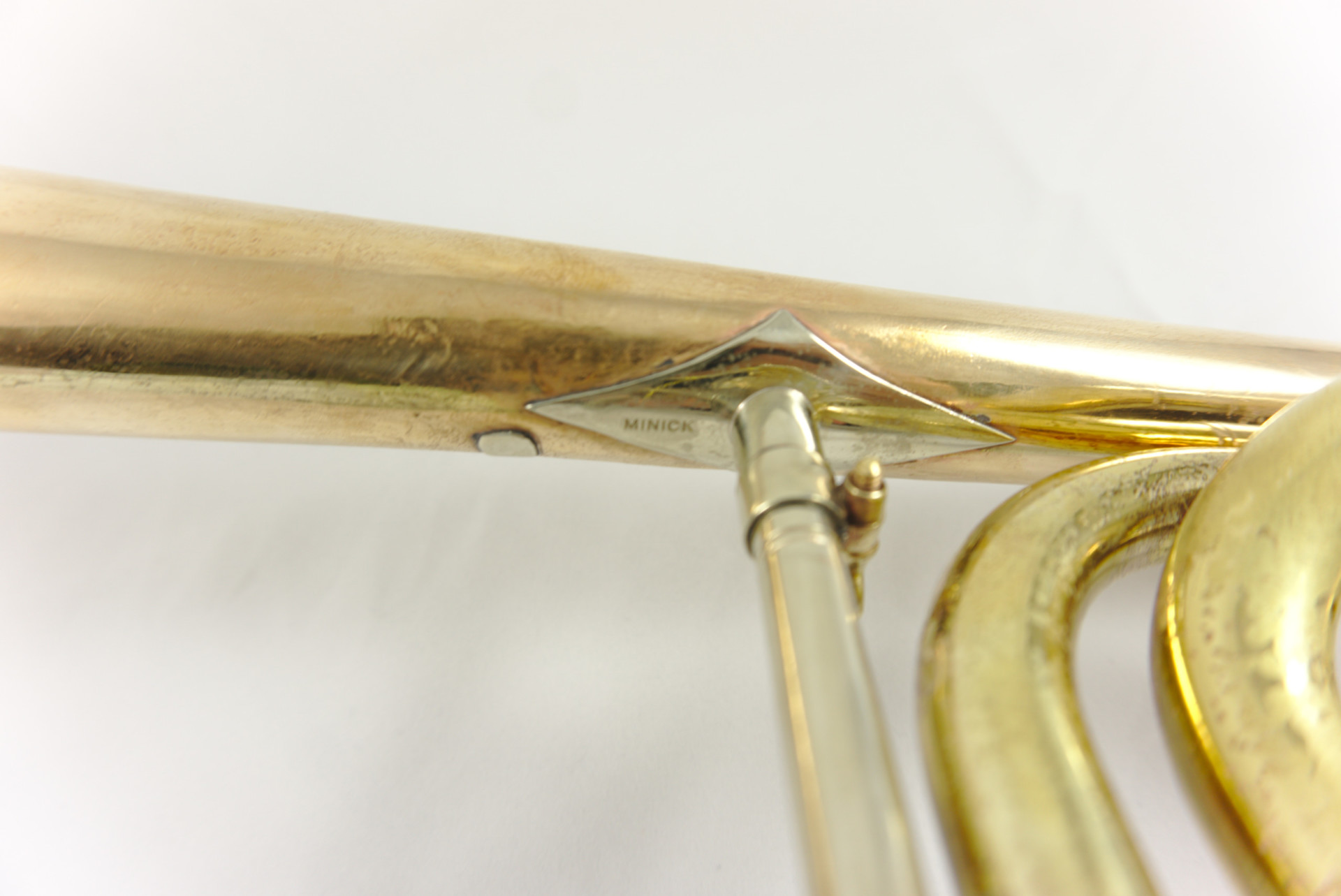 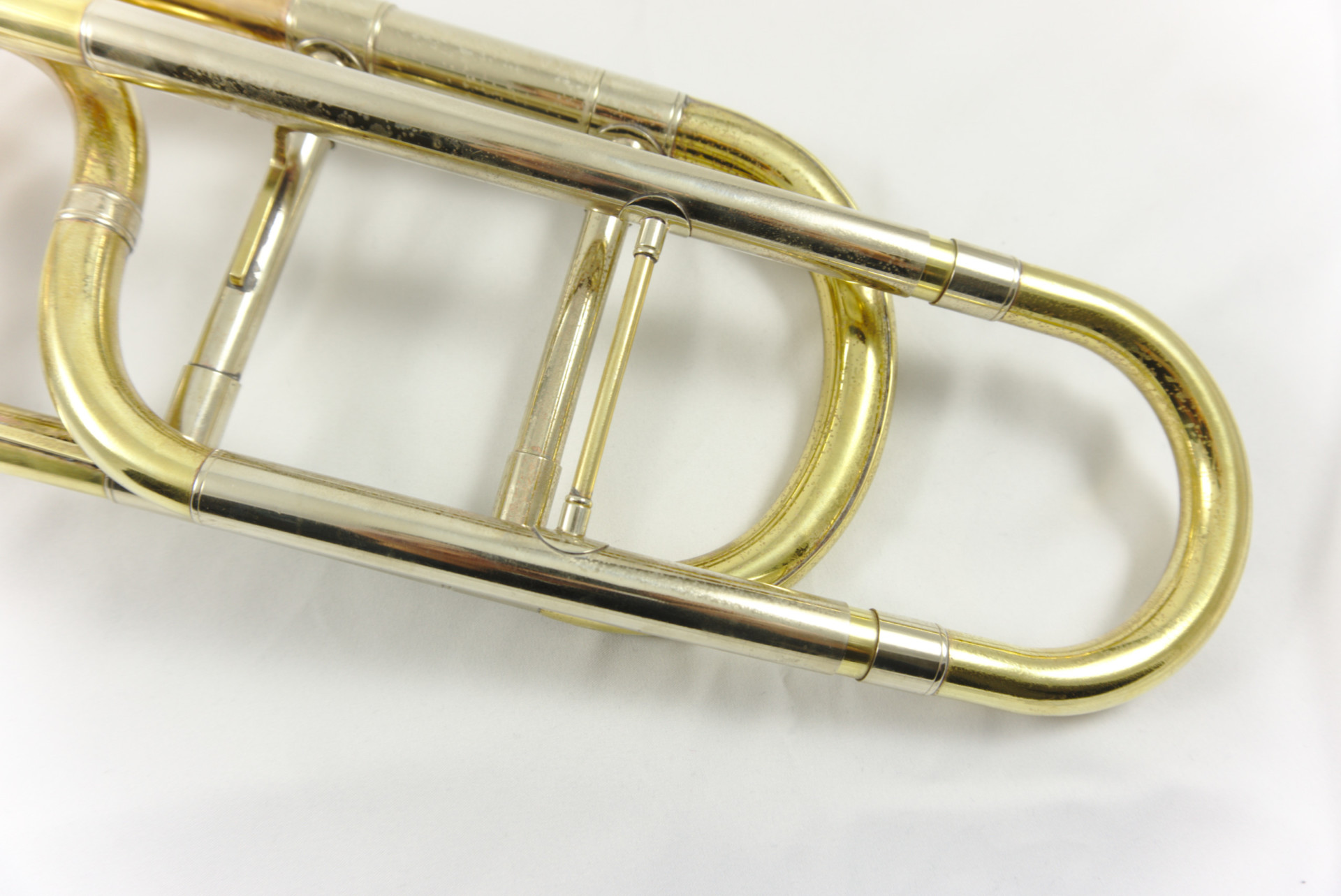 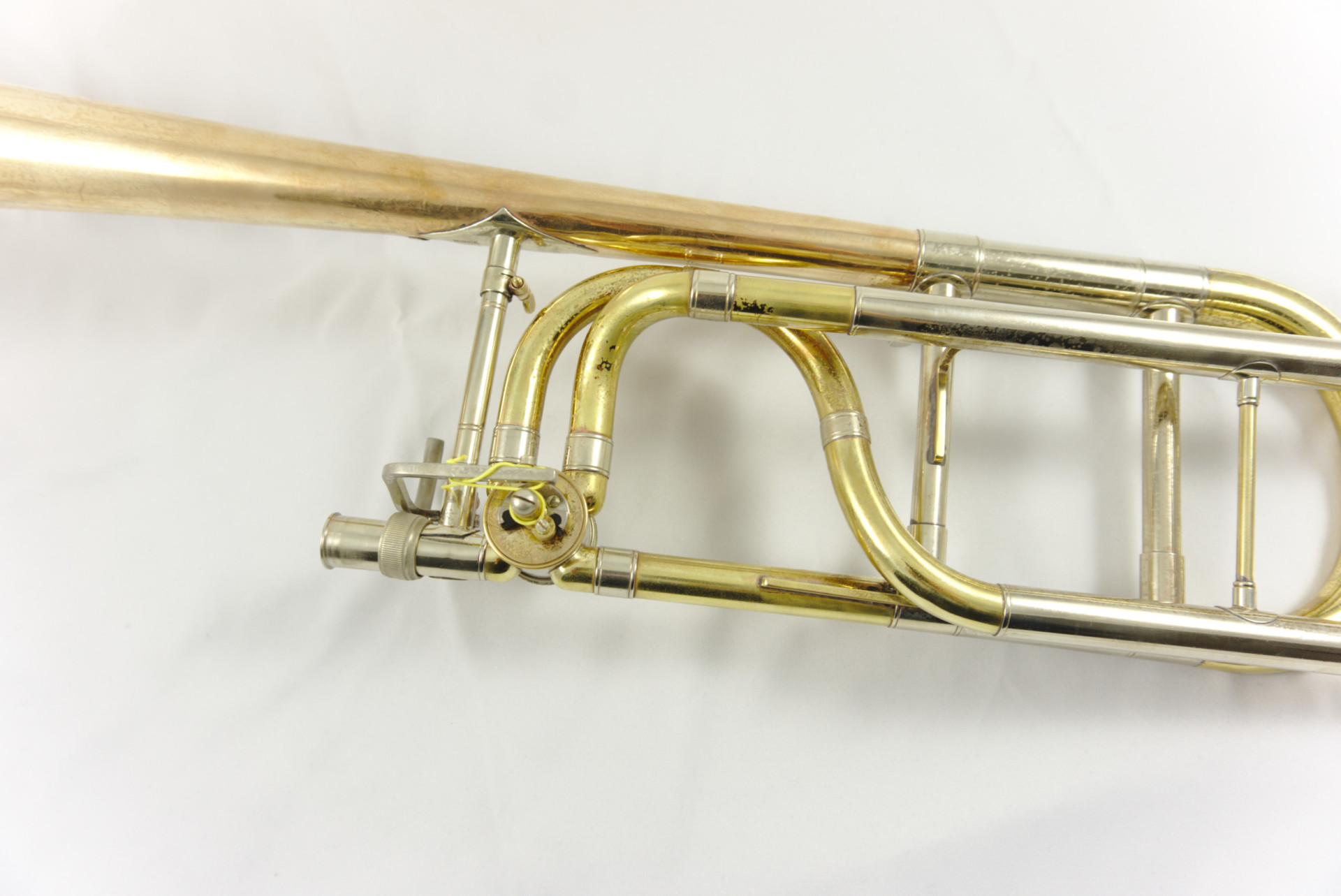 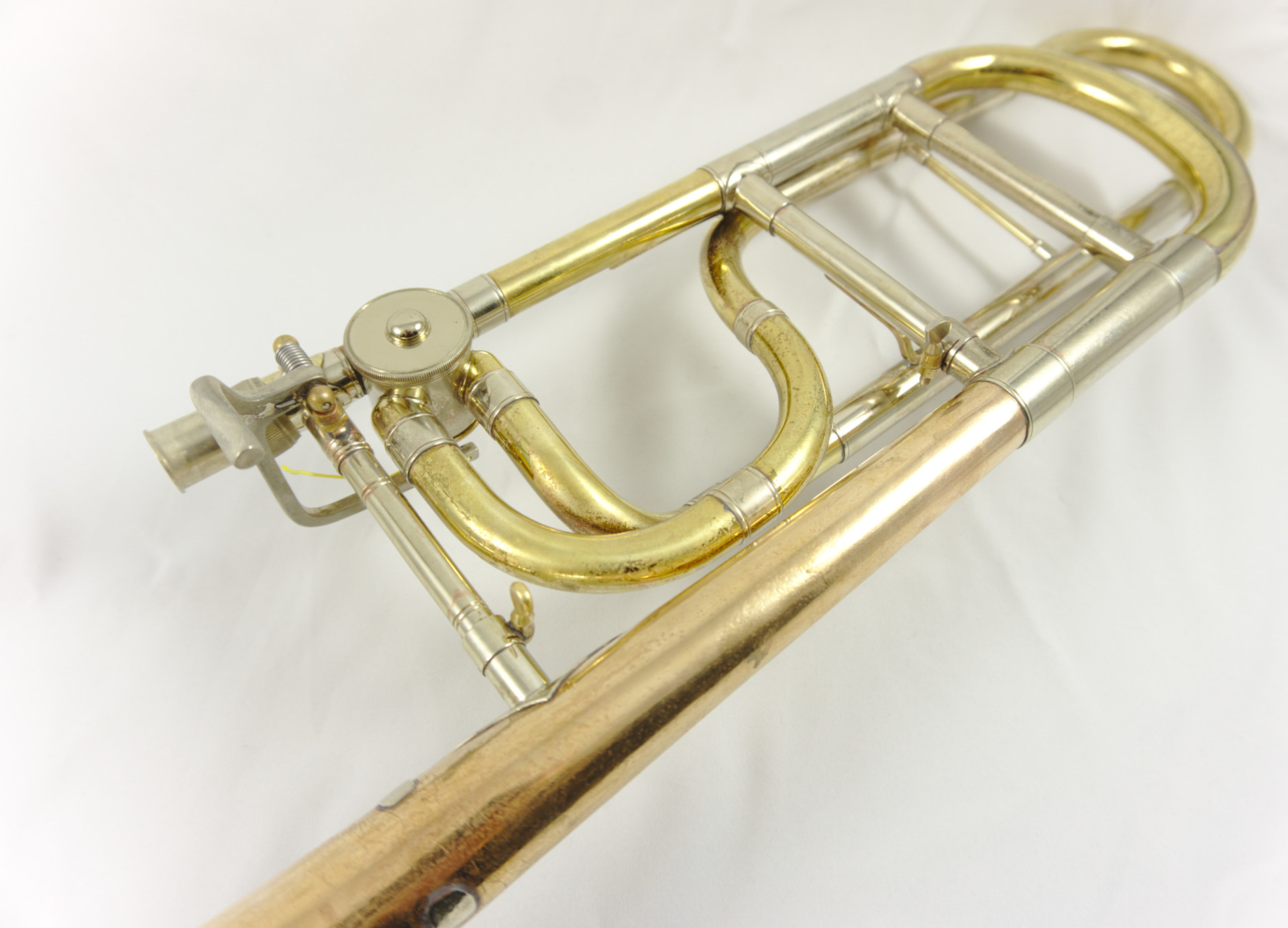 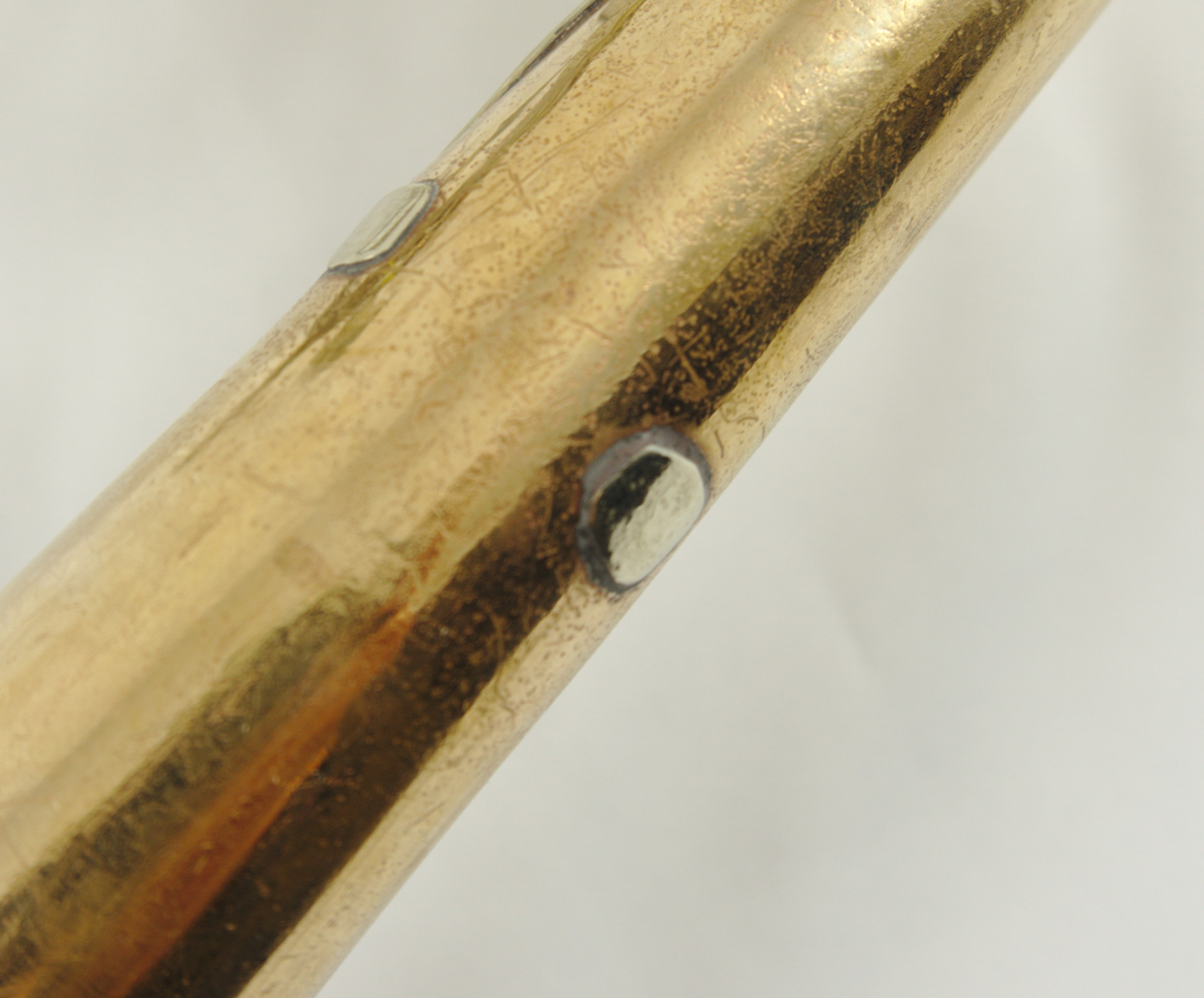 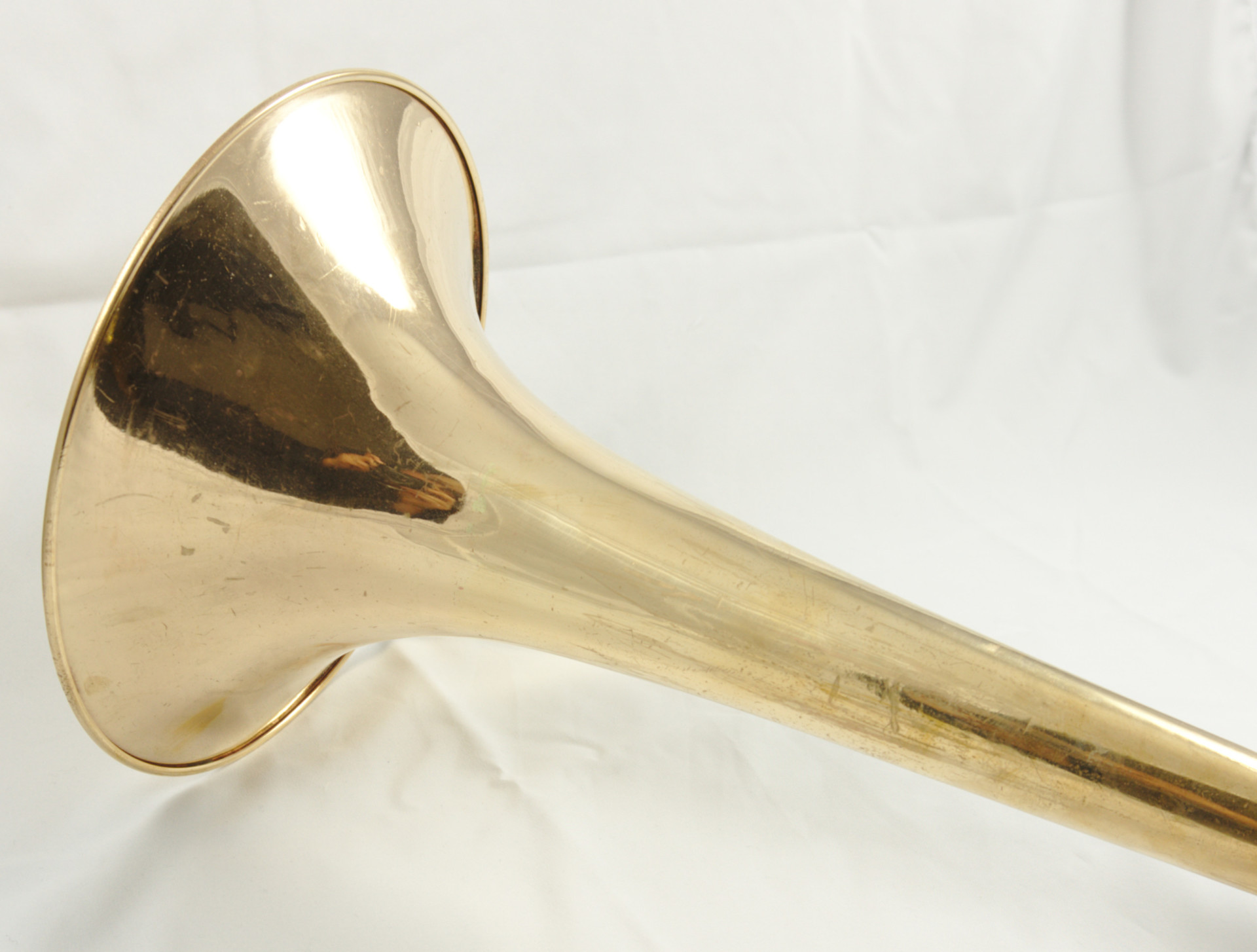 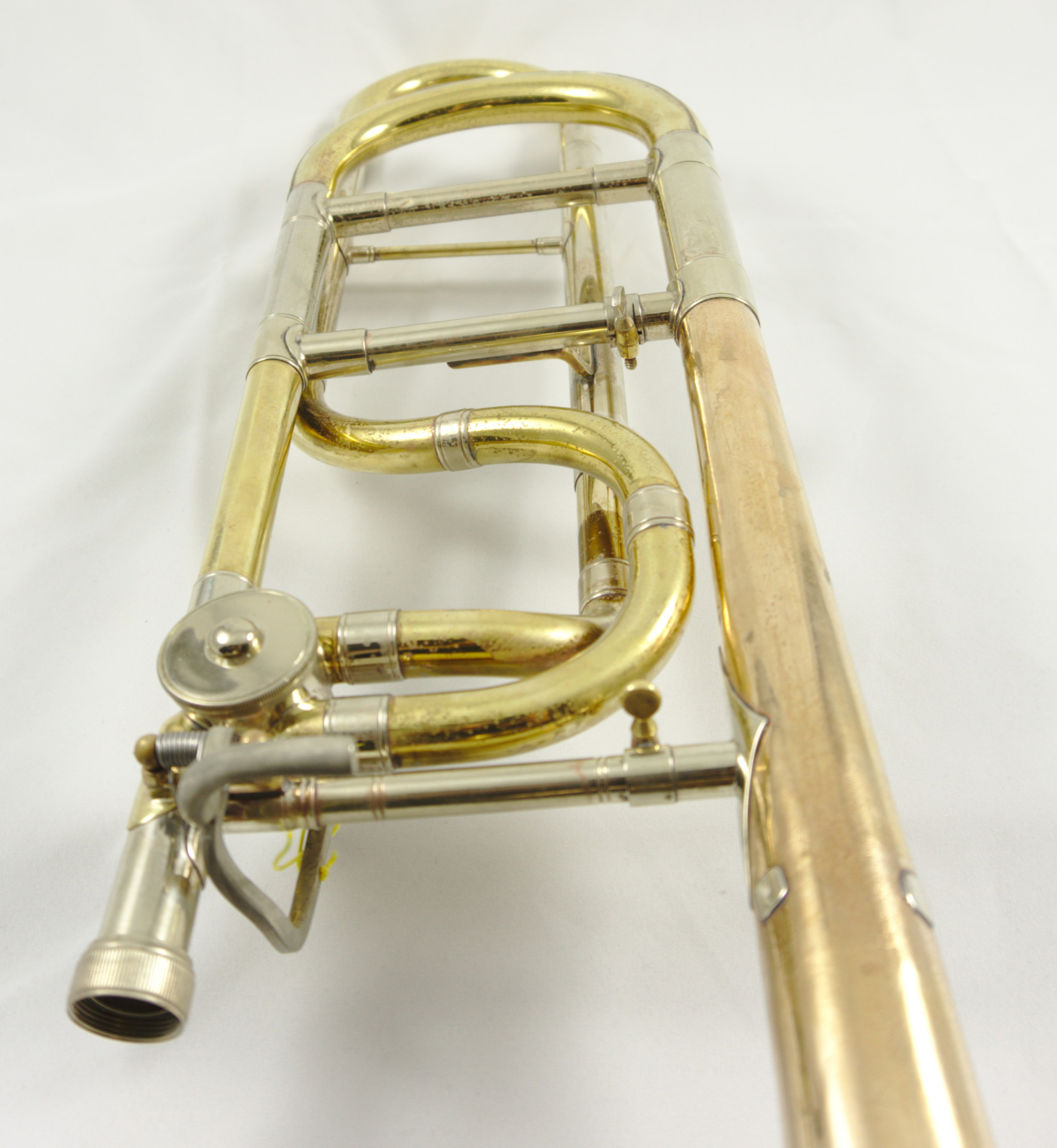 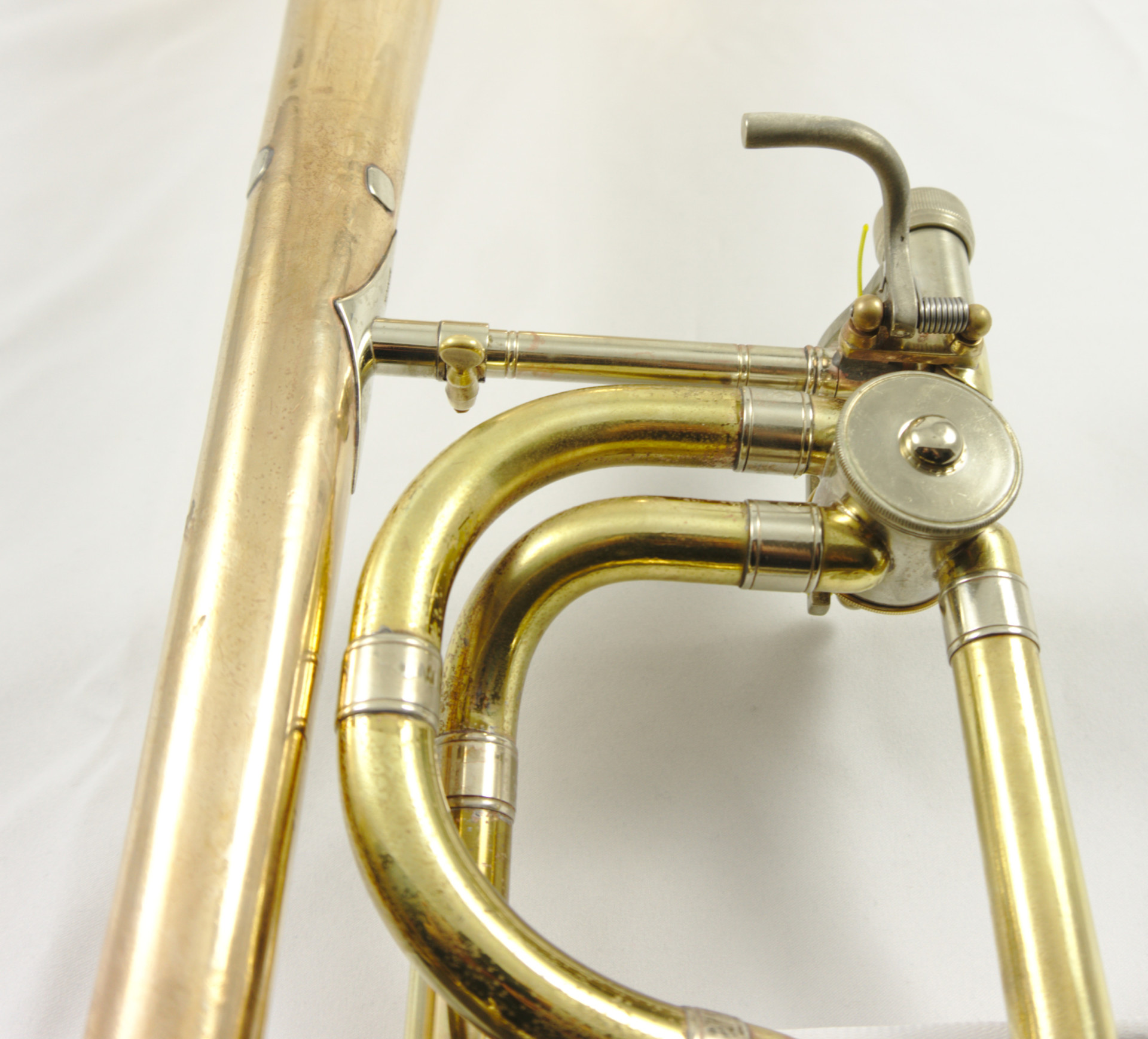 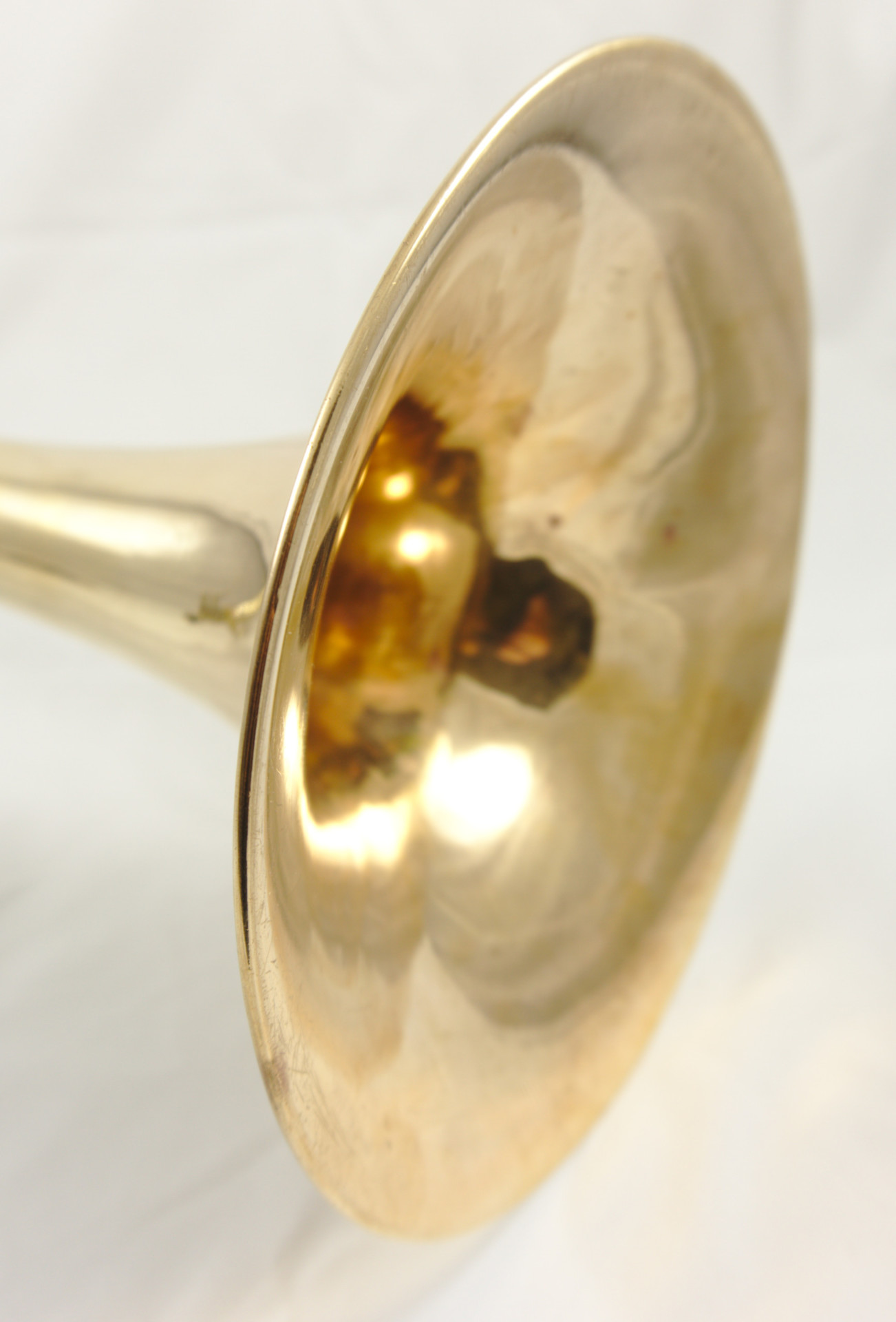 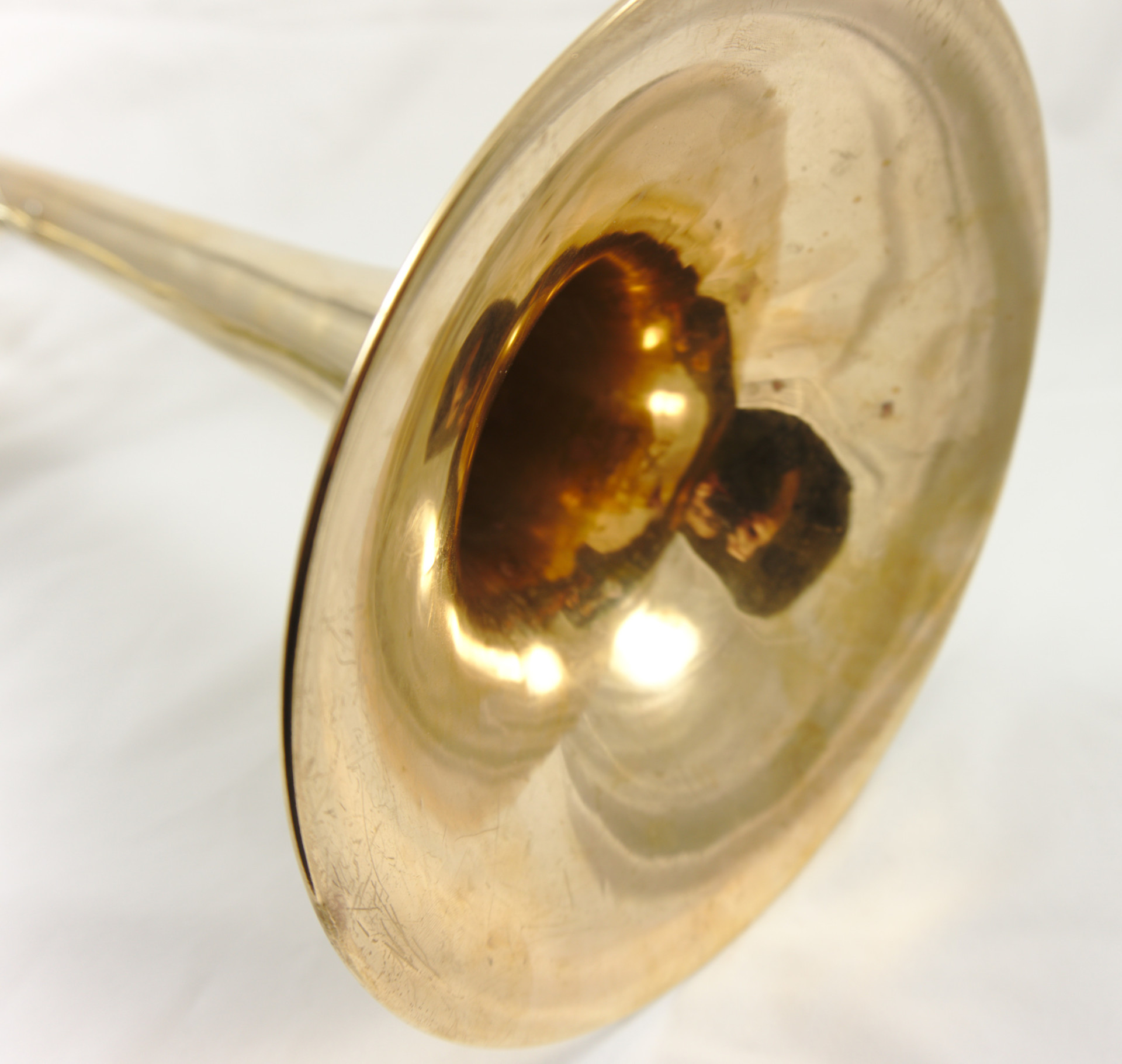 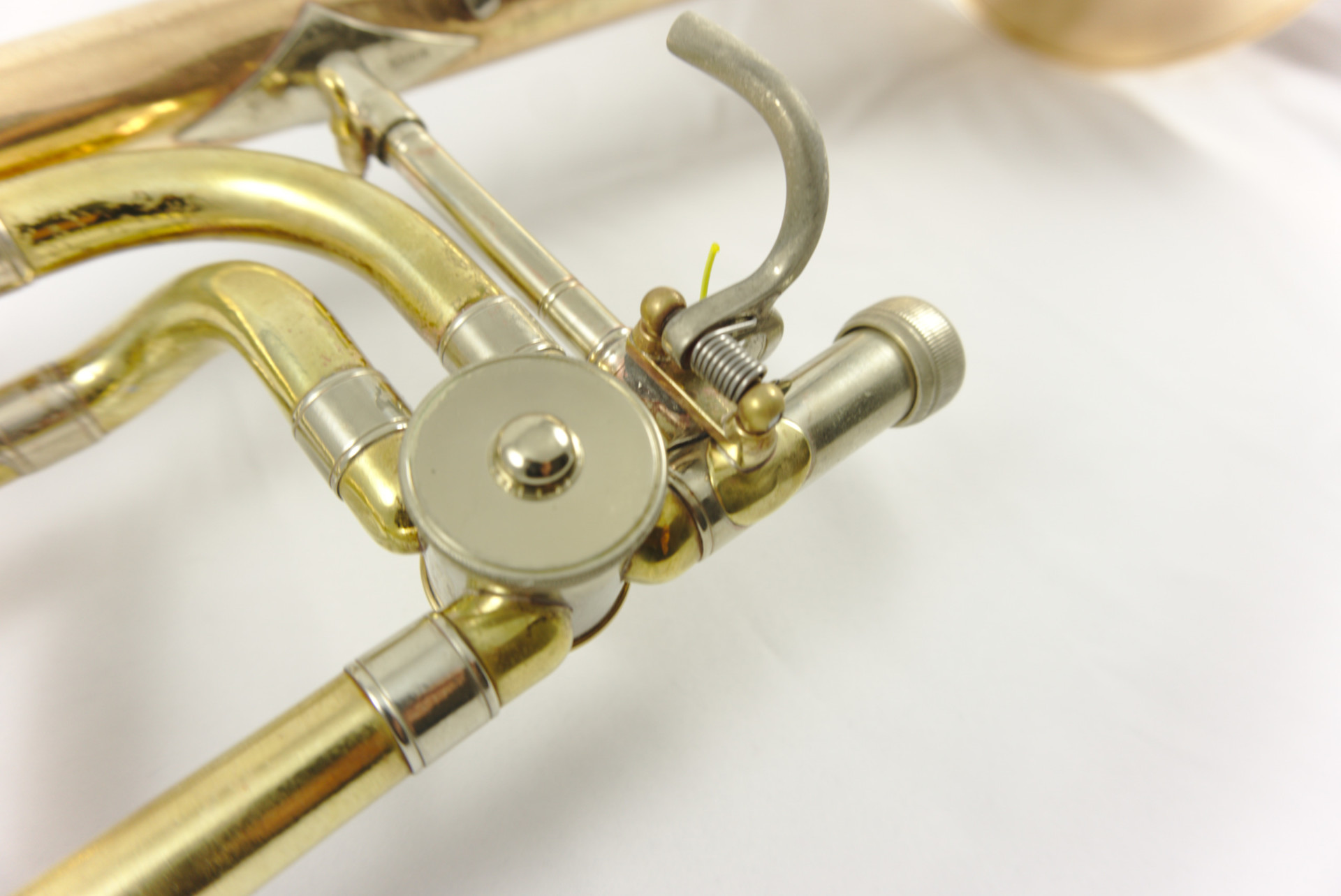 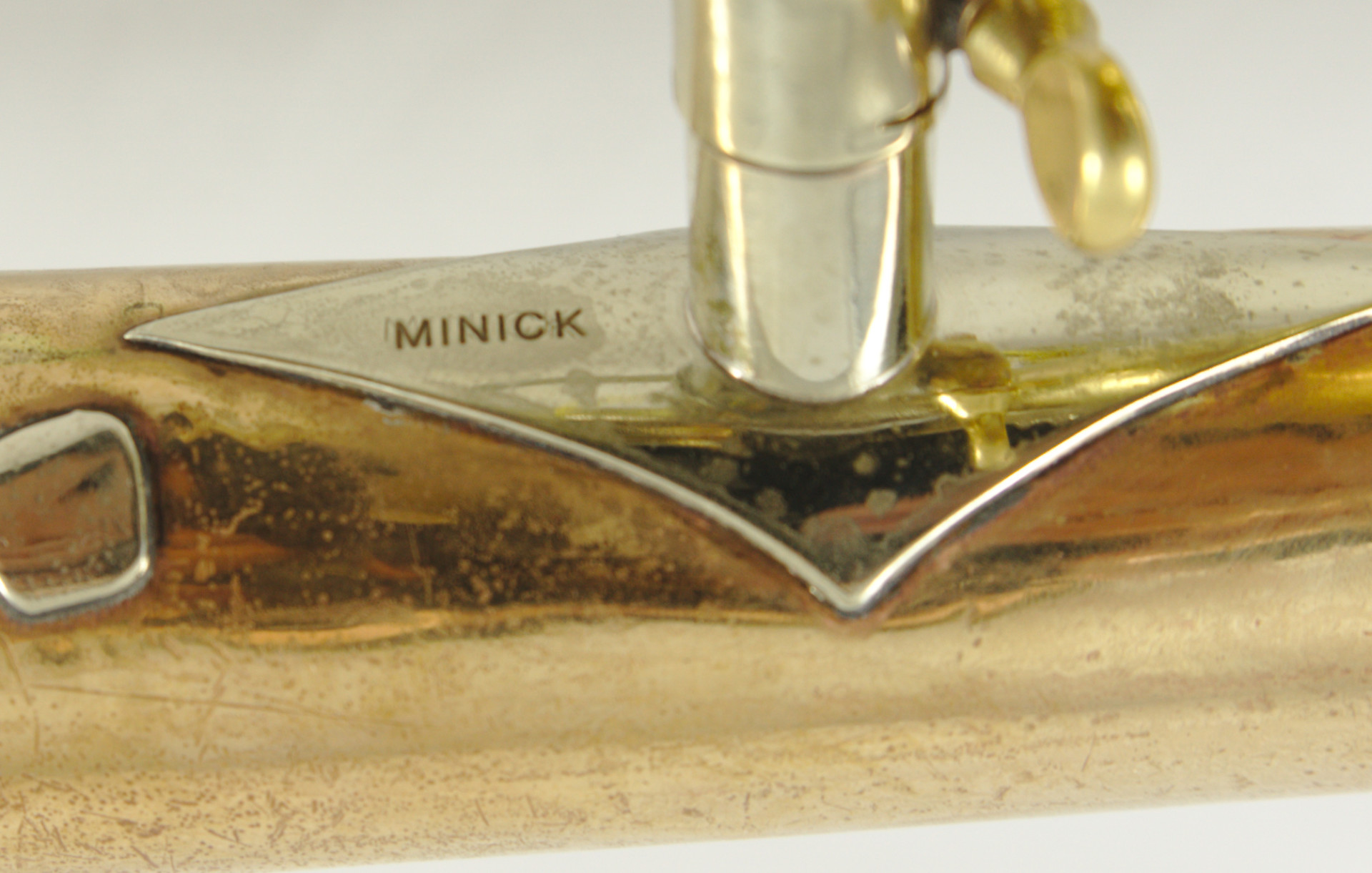 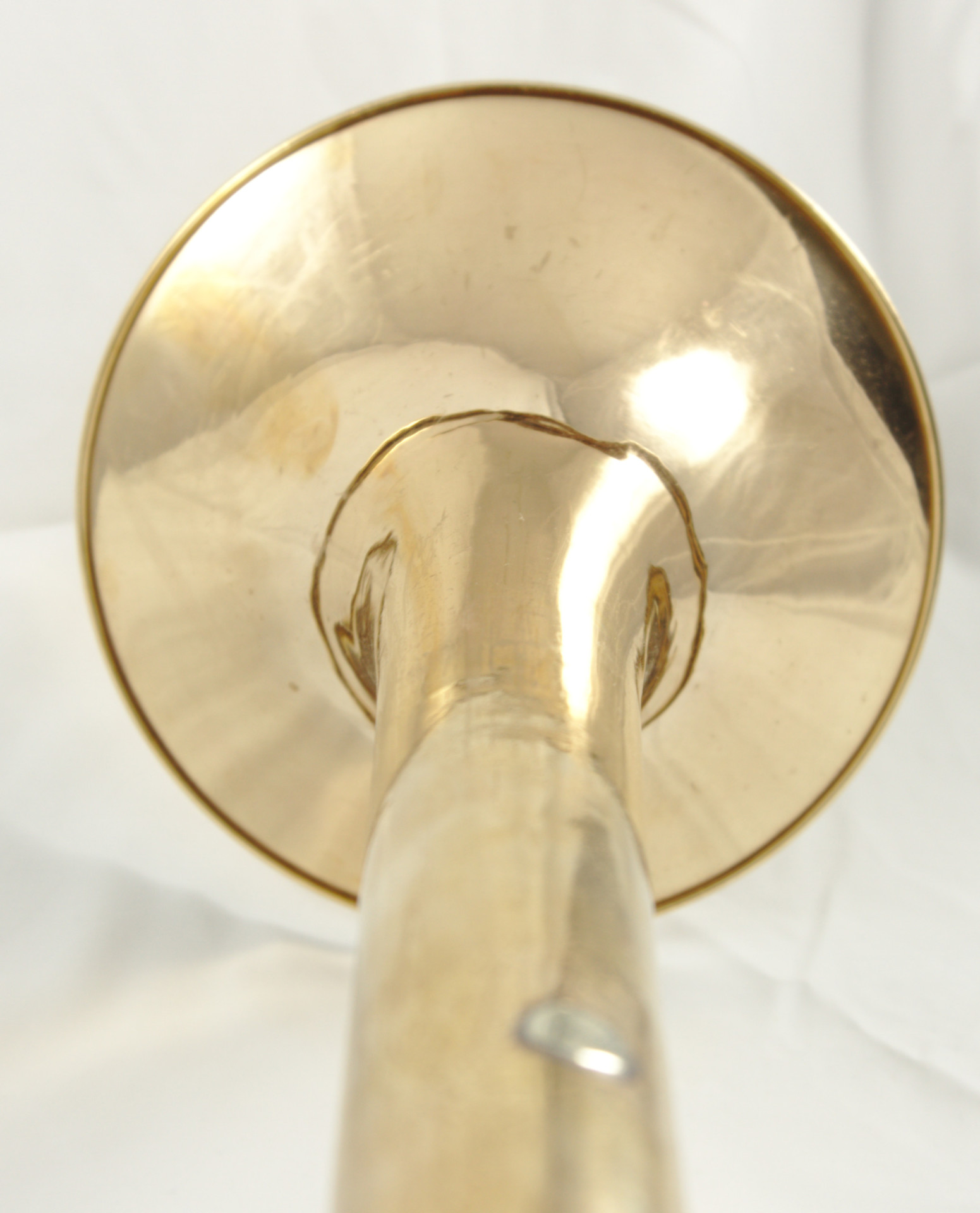 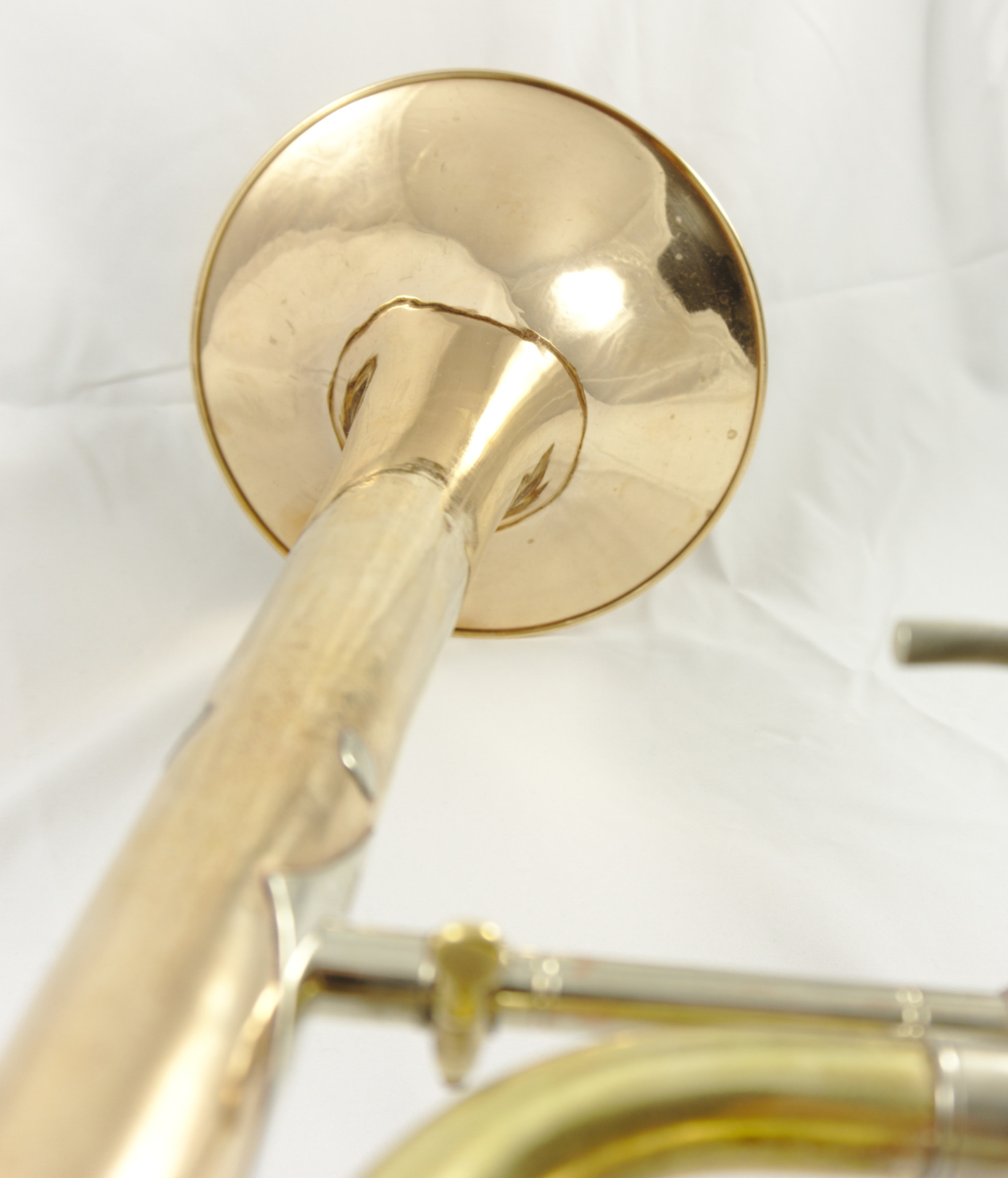 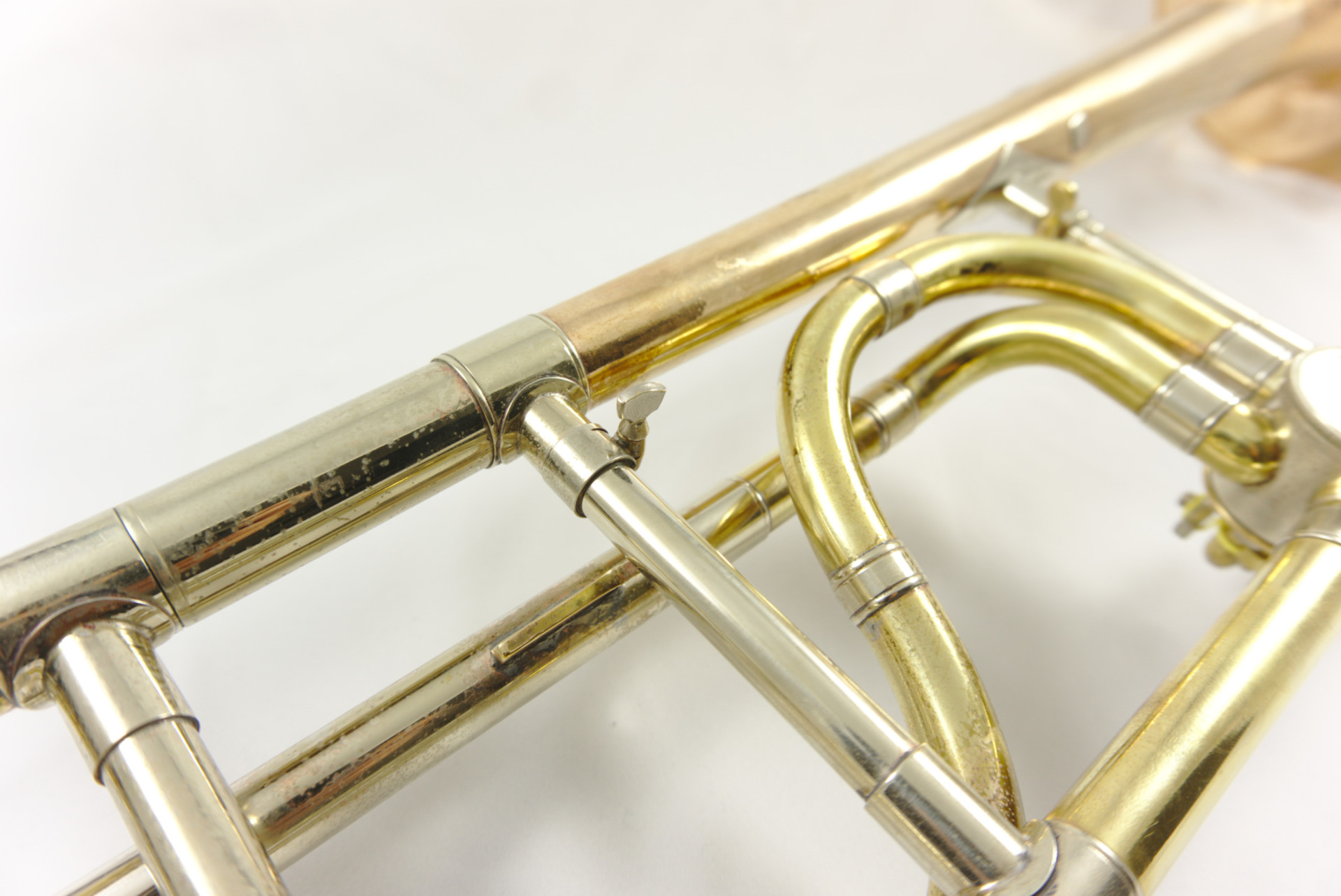 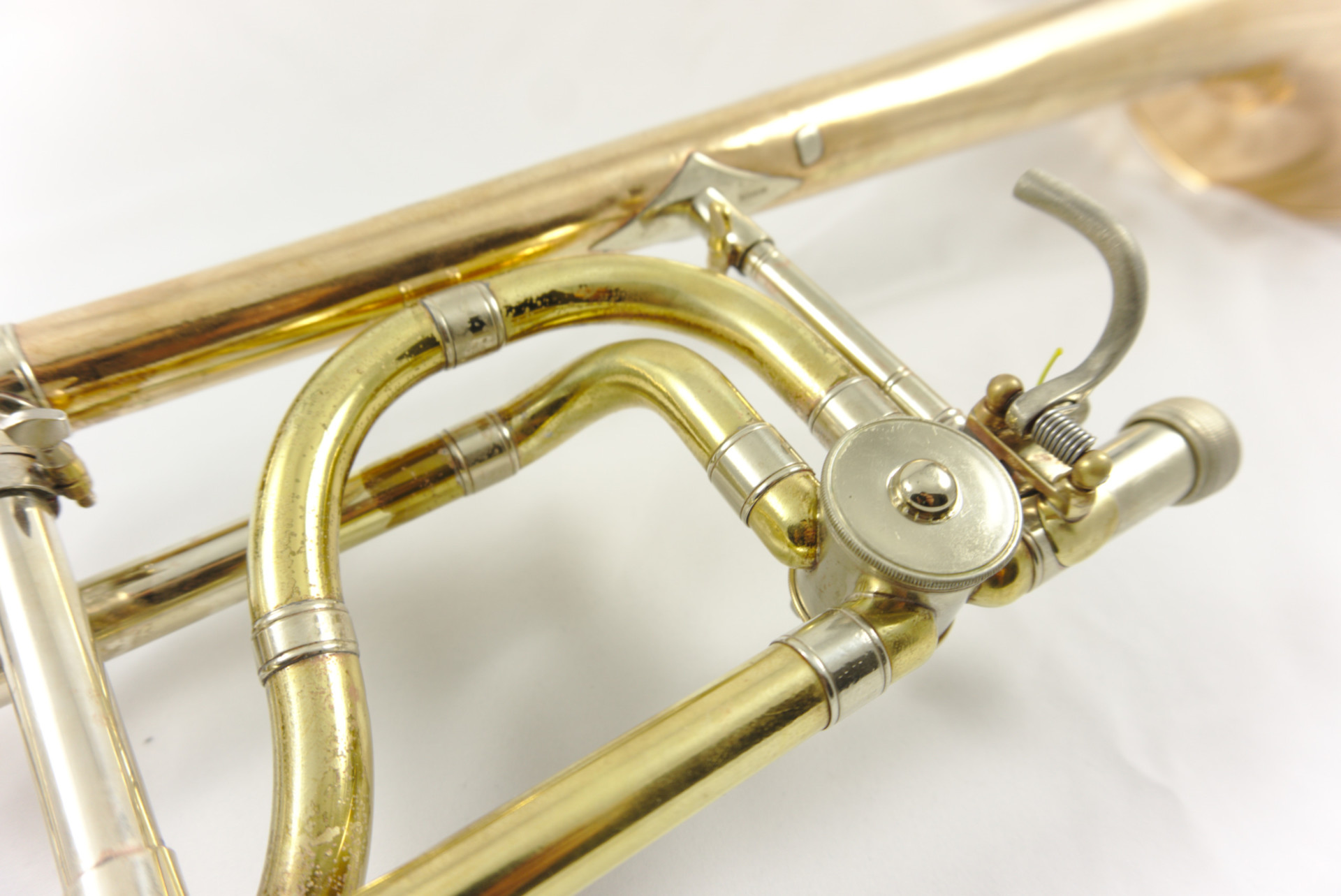 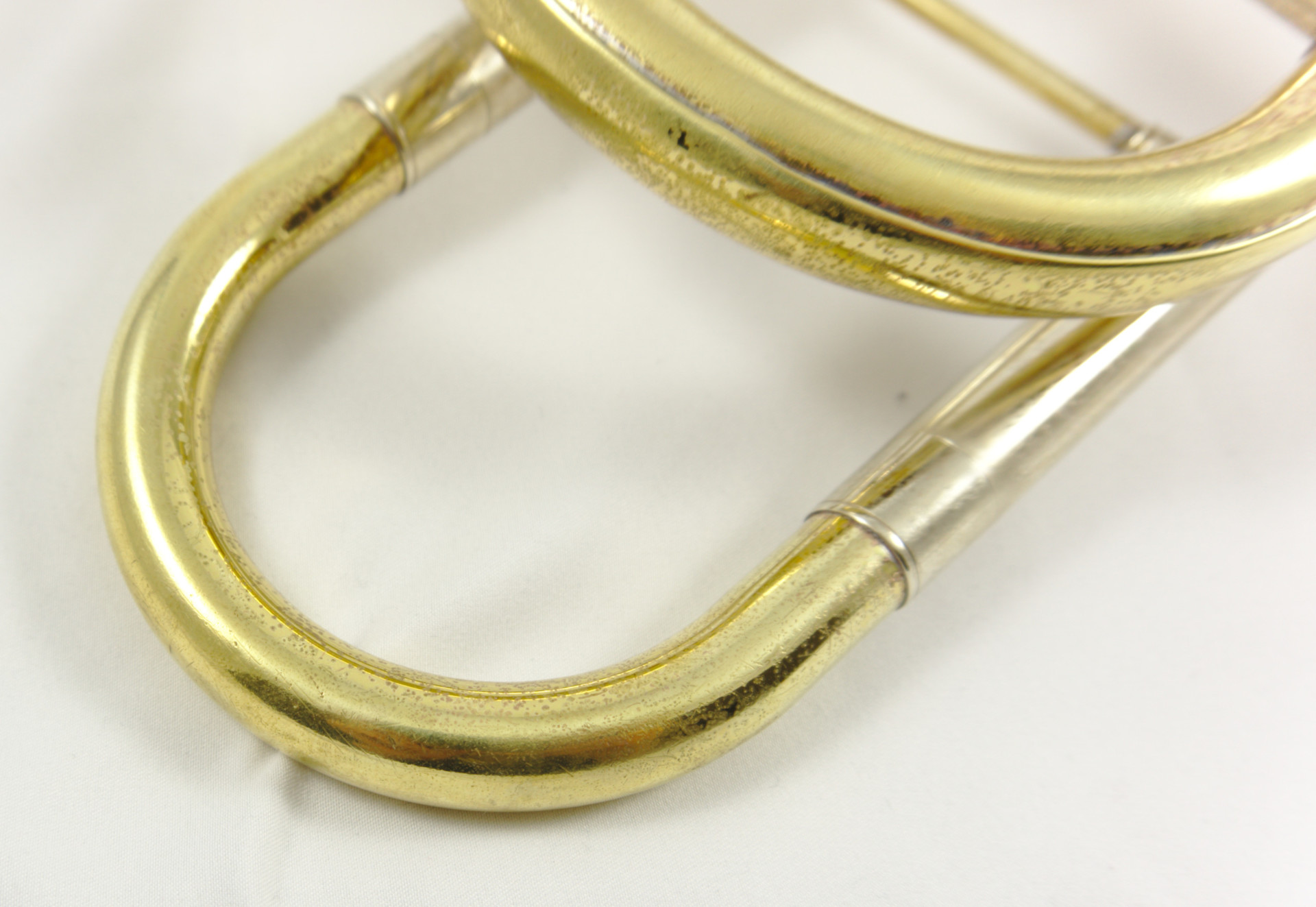 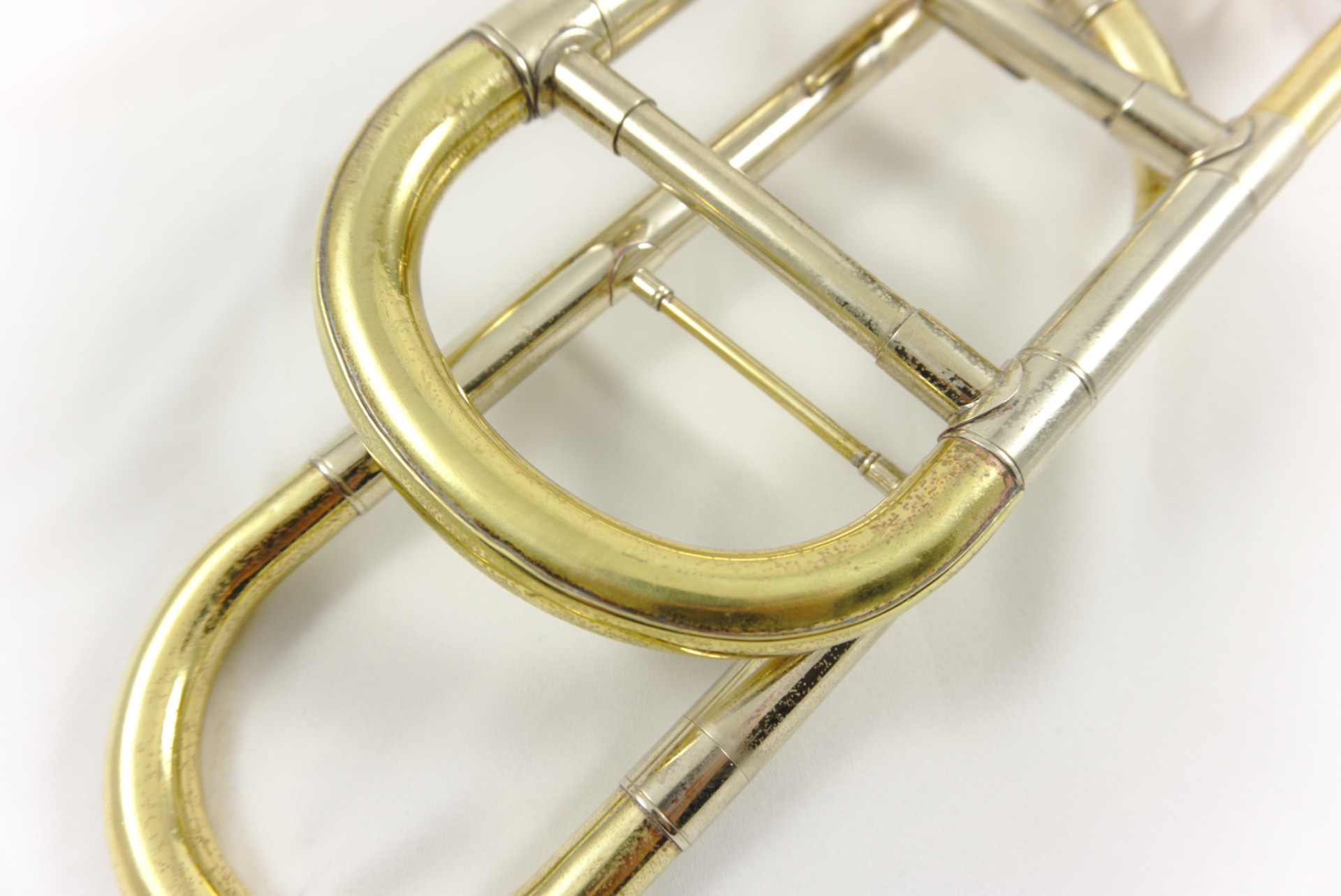